**One more news is that my friend in Hyderabad got the passes, So he is going for that

**i think i can give the first report on the Adhurs in the web.

**Glue to this space for more details..

Email ThisBlogThis!Share to TwitterShare to FacebookShare to Pinterest
Labels: movie news, my fav

Every year sankrathi ante , villages lo jarige kollapadalu ,pekata tho patu inka manaku gurthuvacchedhi, sankrathi ki release aye new movies.like every year this year also lot of movies are testing there luck at the box office but in the different conditions. What are they ??

For Sankrathi slot ,movies will get started to release by mid of December, So that they can cash the Christmas eve and new-year as well as sankranthi. Next batch movie will released by Jan 1st week and finally remaining all movies come out by sankrathi. But this year there are no major releases in December as because of on going T-agitation. Now at the time of sankrathi, all the movies are getting to compete with each other. Which not only effect the collections but also the lack of theaters.

Three films can be named as “Major” for sankranthi they are “Adurs,Namo Venkatesa and Shambo siva Shamboo”. Actually adhurs slotted to release for December,but it got postponed n number of times and finally the D Day was set as 13th Jan.One interesting fact I want to mention about the RAVITEJA, when ever he competes with big hero he got succeded. AMMA NANNA TAMIL AMMAYI was released at the time of “Jhonny”, many said to not to release the movie. But ANTA became winner.Then later KICK was released in week span of “MITHRUDU” and it emerged as clear winner. EVEN Vikramarkudu also, was released at the big movies league time. Lets see whether this sentiment will work again or not.

Apart of this movies some more movies are getting released, in them main movies are Sitaramula kalyanam Lanka lo(SRKLO) and OM Shanti(OS). Nitin was trying to get the hit from past two years this time he paired with milk beauty Hansika. Lets hope the luck of hansika will work and give him hit.Three Angels studio earlier produced “BANAM” movie, even though the movie is good due to lack of publicity that movie became an average grocer at box office. But this time with the aggressive publicity they are coming with OmShanti. Story plot is the major attraction for this movie.

Every movie which is getting released has there own attraction, lets hope all the movies clicked at box office and got the good collections, which is very helpful and much needed for telugu cinema industry which was in deep trouble now.

Posted by Sasidhar Anne at 1:08 PM No comments:

Email ThisBlogThis!Share to TwitterShare to FacebookShare to Pinterest
Labels: movie news, my fav 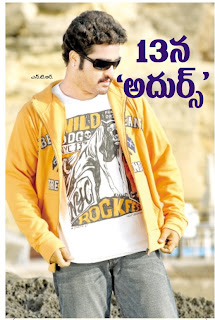 Posted by Sasidhar Anne at 1:03 PM No comments: