already i posted about location.. super location i say.

Posted by Sasidhar Anne at 11:28 PM No comments: Links to this post

Email ThisBlogThis!Share to TwitterShare to FacebookShare to Pinterest
Labels: videos

Brindavanam vs Kaleja - Which will get Postpone

Ninna C kalyan velli Dil raju ni adigadu anta.. Brindavanam movie ni postpone cheyamani.. kani dil raju and NTR didnt accepted for that.
According to the latest developments - C Kalyan bought dasari and murali mohan into to scene , he complained about this is film chamber, he wants brindavanam to get postponed to october 14th. But raju is not ready for that.
my view :-
its better to postpone kaleja , because the audio is going to hit on september 27th and atleast it will need 15days to make that songs to go deep into audience.so october 14th pettukunte andariki manchidi ani naa feeling meeru emantaru????
Posted by Sasidhar Anne at 8:22 PM 1 comment: Links to this post 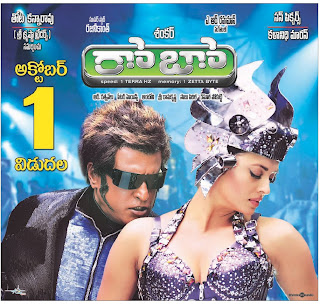 Posted by Sasidhar Anne at 10:54 AM No comments: Links to this post

Email ThisBlogThis!Share to TwitterShare to FacebookShare to Pinterest
Labels: Posters

In the latest held general meeting , Telugu Film Producers Council [TFPC] passed some rules on dubbing movies. to view them all click on read more.
Members of the supreme body Telugu Film Producers Council [TFPC] has given life to TFI at the general body meeting held on 19th sep 2010.
With absolute and thumping majority they have supported the resolution.
Some of the Life savers passed by the body:
1.Every theatre should exhibit small budget straight film for 16 weeks on percentage basis in a calendar year.
2.Every theatre should allot 50% to the lower classes.
3.Ticket price reduction.
4.Restrictions on Dubbed films : English films cannot be dubbed into Telugu, Dubbed films from any other language can be released with maximum 50 prints [Inc Digital]
5. Existing Entertainment Tax should be doubled on the Dubbed films as the Government can raise Revenue.
6.75% cut on the shooting location charges.
7. Request the Govt to consider E.Tax free benefit and 7lakhs subsidy to small budget straight films like in Tamilnadu.
Thank you gentlemen Telugu film Industry will never forget your contribution, once again you have proved that you are the saviors of the Industry. Kudos
Good Gesture:
[We appreciate the  Honest and Sincere efforts of  Mr Shyam Prasad Reddy and his team for trying to give the following benefits to their members like in Tamil film producers council:
2lakhs Mediclaim Insurance, Educational help- 30k every year, Marriage Donation-30k, rs2lakhs Death benefit,rs2,500/- pension to senior citizen producers.
[Apart from these Tamil film producers council is giving rs 2 Lakhs cash subsidy to small budget films after the release with [8]prints including Qube & UFO and below 24 centres.]
We also thank Mr Suresh Babu for proposing restrictions on Dubbing Movies, hope he would continue serving the TFI with the same spirit.
Posted by Sasidhar Anne at 10:17 AM No comments: Links to this post