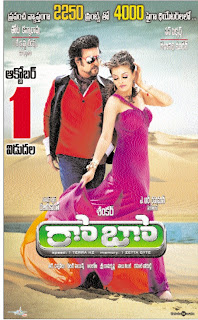 most released south indian movie ever in the world movies history.
orginal source:- myreviews4all.blogspot.com
Posted by Sasidhar Anne at 11:38 AM No comments: Links to this post

Email ThisBlogThis!Share to TwitterShare to FacebookShare to Pinterest
Labels: Posters 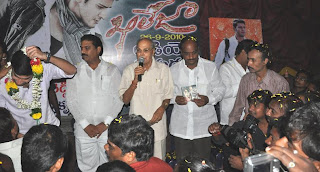 U may ask , in audio release function what sort of comedy that i observe.. click on read more to know that.
One of my cousin in vijayawada is big mahesh babu fan. yesterday he called me and told that "in vijayawada they held a audio function of kaleja movie and it was a grand success". i was confused and asked him that " officially the movie audio is getting released tommorow, how you guys got the CD's". He told " Anna, they are not CD covers, they are just printed CD covers by Fans".
I was shocked by his answer, and " whats the use of this function function then". i asked , for that he told "just like we are waiting for three years, we cant able to stop our self as on Monday we have colleges that will be difficult for all of us to participate, thats why we conducted on sunday".
fans will be do any thing for there for hero, here is the perfect example for that.
original source:- myreviews4all.blogspot.com
Posted by Sasidhar Anne at 11:34 AM No comments: Links to this post

Email ThisBlogThis!Share to TwitterShare to FacebookShare to Pinterest
Labels: My Views 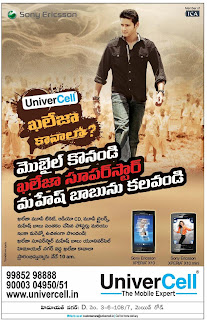 One more excellent step by Sony. They are building there brand in AP like anything with help of kaleja. click on the image to view bigger.
orginal source:- myreview4all.blogspot.com
Posted by Sasidhar Anne at 10:50 AM No comments: Links to this post 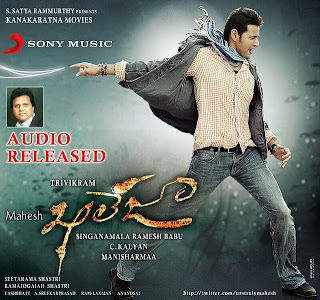 after getting so many hits in facebook, finally sony released the complete album.
in the recent times , no Audio got this much craze. have to hear the complete songs and then i will update the Audio review of kaleja.
orginal source:- myreview4all.blogspot.com
Posted by Sasidhar Anne at 10:40 AM No comments: Links to this post 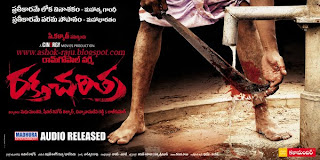 Superb caption on the poster!!!... Ramu sir sang a song in this movie. Iam sure this movie gonna rock and will create ripples in the Andhra faction regoin.
orginal source:- myreview4all.blogspot.com
Posted by Sasidhar Anne at 10:37 AM No comments: Links to this post 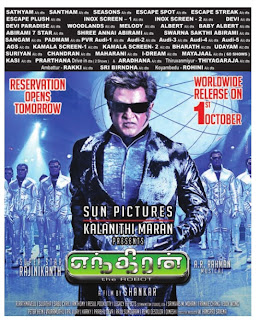 almost every theater in chennai screening "Robo / enthiran " movie , still for first three days all the tickets got over!!!!!!!!.. this movie is going to release in more than 2000 screens worldwide..which is a record in indian cinema history.
the theaters in chennai and hyderabad got confirmed.But still there is no formal annoucement about the theaters in bangalore and mumbai. In both these places there is small confusion about the theaters , as this movie is gonna release in two languages (telugu and tamil). iam expecting the theaters list by today evening i will publish them ASAP when ever i came to know.
click here to view the confirmed theaters list in Bangalore and mumbai

ps:- there is rumour in bangalore that , pvr forum sold the tickets already.. but its not true..

orginal source:- myreview4all.blogspot.com
Posted by Sasidhar Anne at 10:34 AM 3 comments: Links to this post